As A. Lange & Söhne moves into its 27th year of operation since its revival in the 1990s, the Saxon brand decided to release to us a fresh new take on what’s probably its second most iconic model series after the Lange 1: the Zeitwerk. This watch is renowned for its innovative usage of mechanics to display the time in a digital fashion using numbers rather than hands. It’s an extraordinarily complex way of making something that, on the surface, looks quite simple. 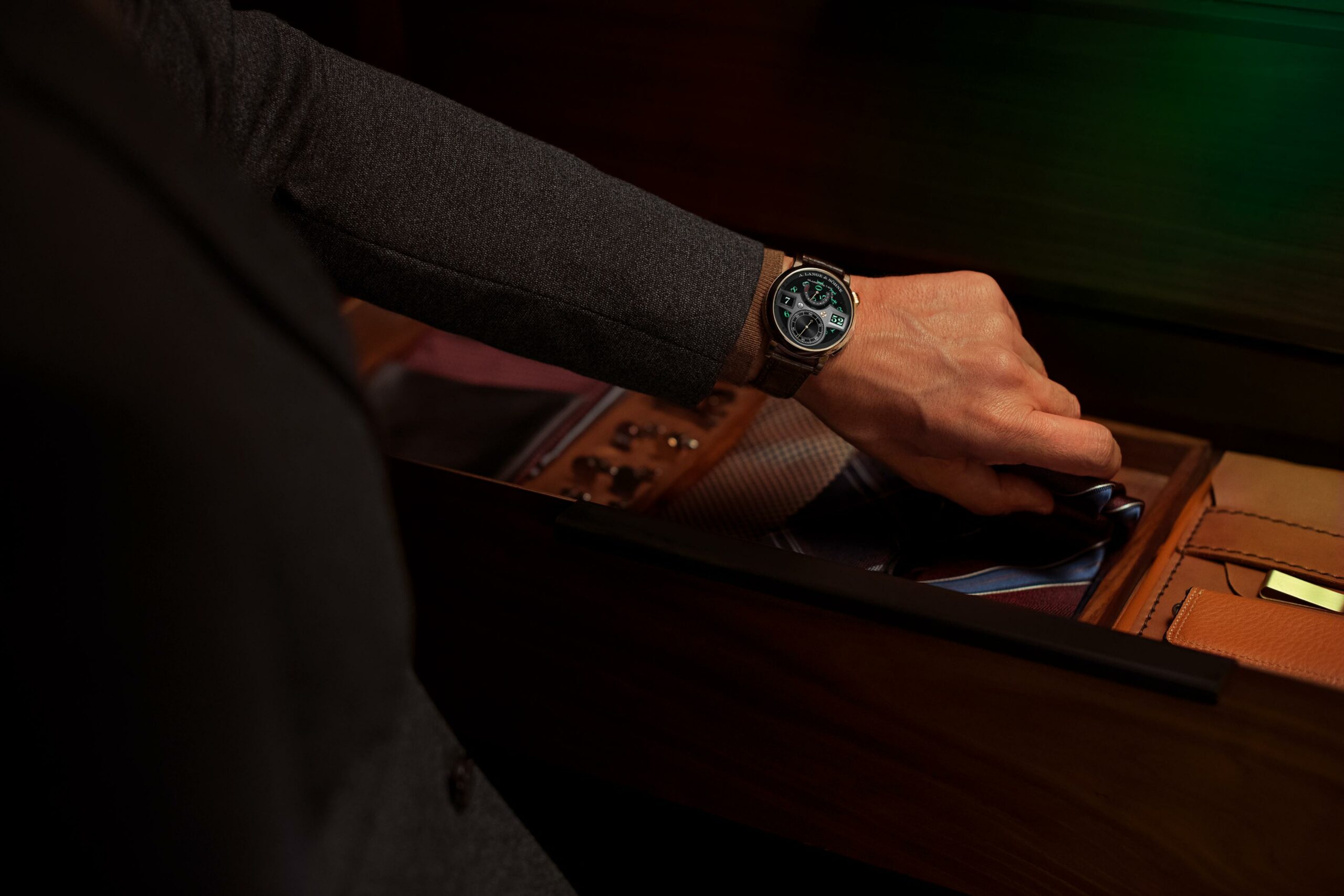 The Zeitwerk is a modern-day legend for its design and execution. In this form, it uses A. Lange & Söhne’s proprietary alloy Honeygold for its 41.9mm x 12.6mm case. Honeygold has a slightly different lustre and hue thanks to its secretive blend of metals, it is neither rose gold nor yellow gold, but it is 100% A. Lange & Söhne. 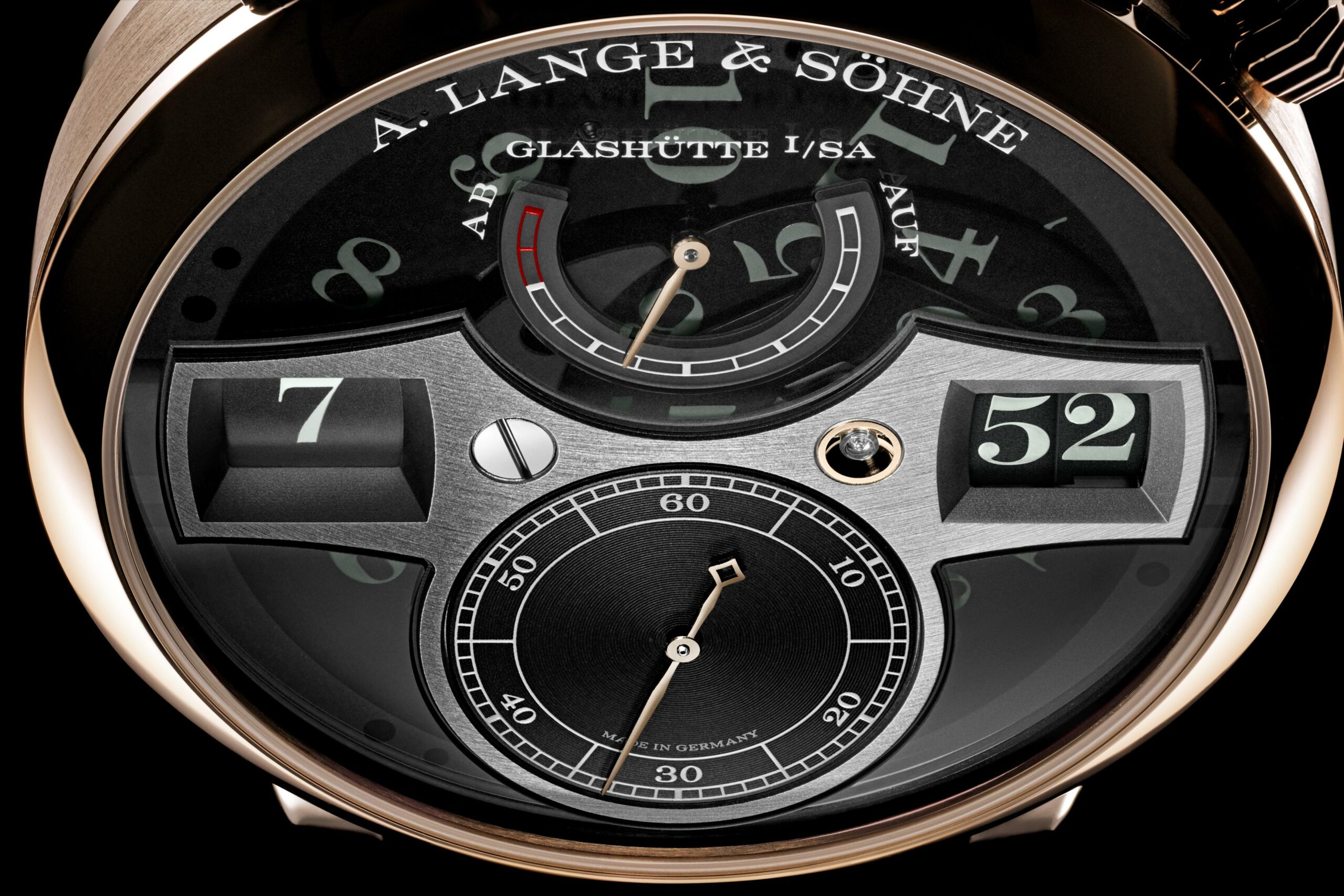 The real standout of this watch is the dial, however. The Zeitwerk dial uses three disks, two of which are superimposed, to display the time in the fashion of a digital watch which only displays the numbers of the current time. There is are two on the watch, the running seconds and power reserve. Everything else is digital, but a mechanical movement powers it. Like Lumen models of the past, A. Lange & Söhne uses a sapphire crystal dial that’s been tinted alongside applications of lume to bring the watch to life at night. The dark-coloured dial with black time windows (a first for the Zeitwerk if my memory serves correctly, which isn’t always the case) stands out on this watch, although seeing it in person will reveal just how much they stand out. 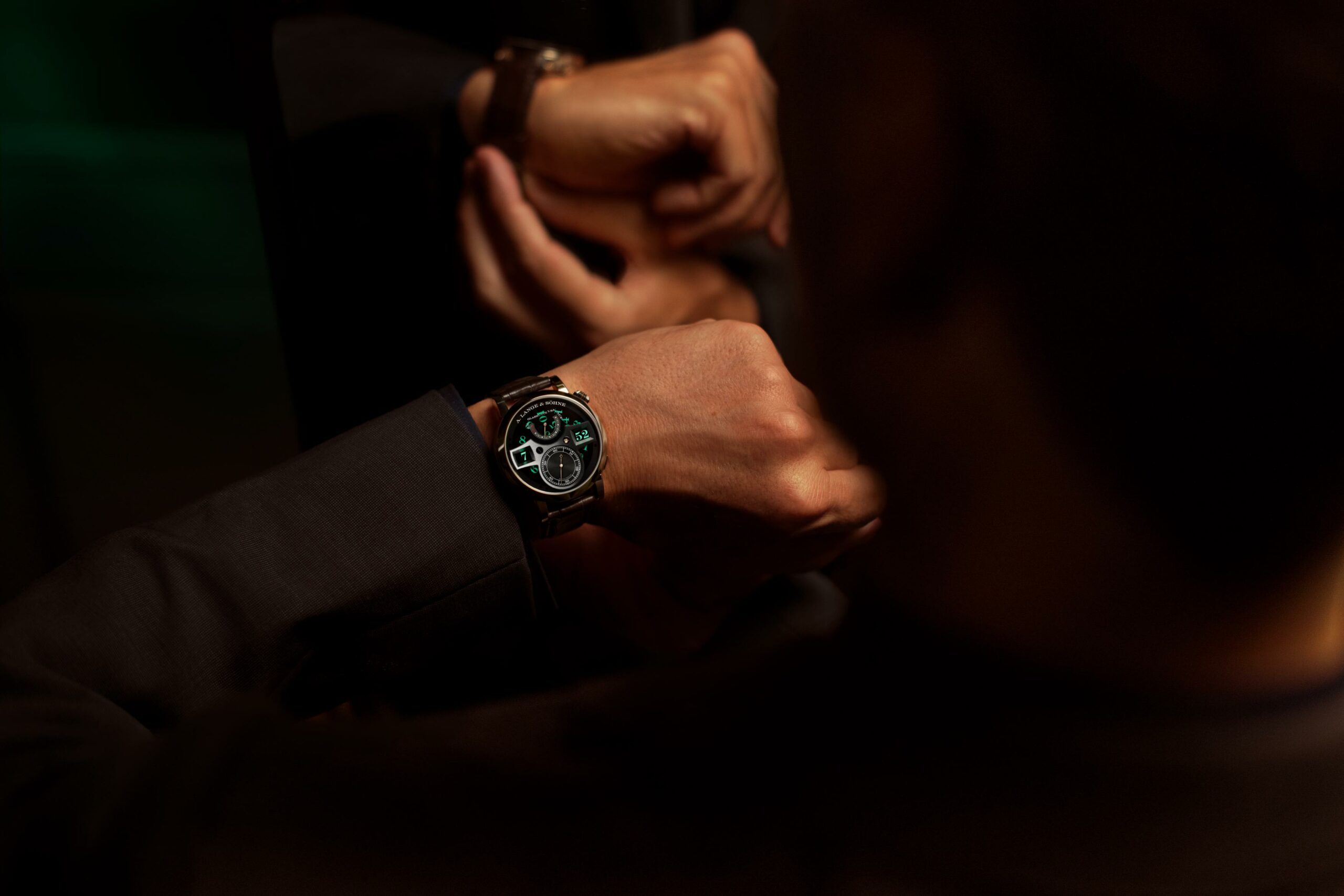 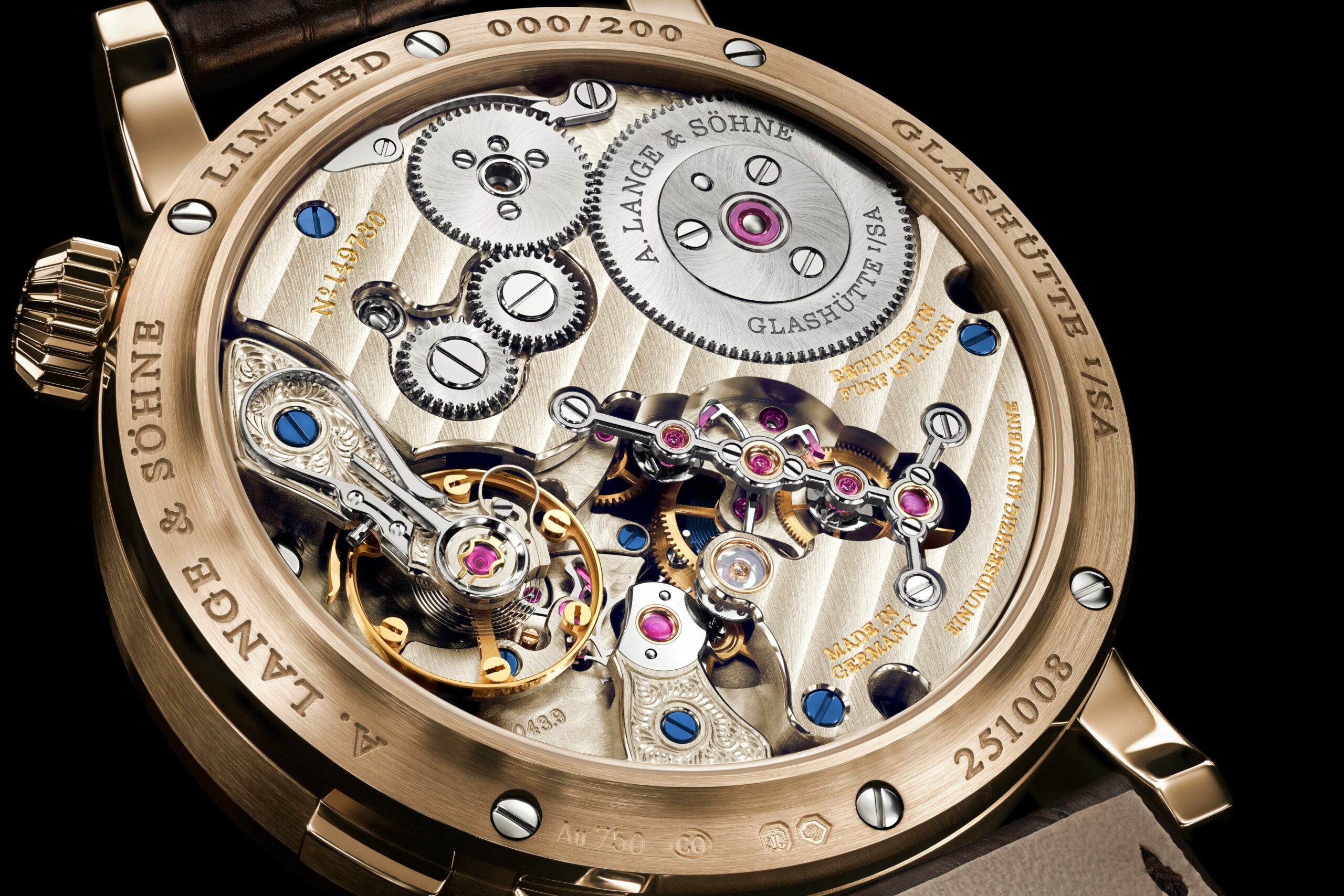 Powering this watch is the calibre L043.9, a new Zeitwerk calibre that builds off the previous. The new calibre has two barrels providing a power reserve of 72-hours. Between the barrels and the escapement assembly sits a patented device called a Constant Force Mechanism. It is, in essence, a remontoir, and it uses a spring to regulate the flow of power. The spring must be powered up to a certain level by the mainsprings, at which point a clutch slips and allows the stored energy to be delivered to the escapement assembly in precise intervals. This extra step of self-regulation means that the watch can be more accurate. It also assists in powering the substantial time disks. Most watches don’t have a system like this, which is why a date window can seem to slip forwards halfway as it builds up to the change (to be clear, a remontoire isn’t the only solution to this, a Rolex makes a precise date change without it). As before, a separate pusher on the watch allows the hour display to be set forwards independently of the watch, to allow for easy time-setting. 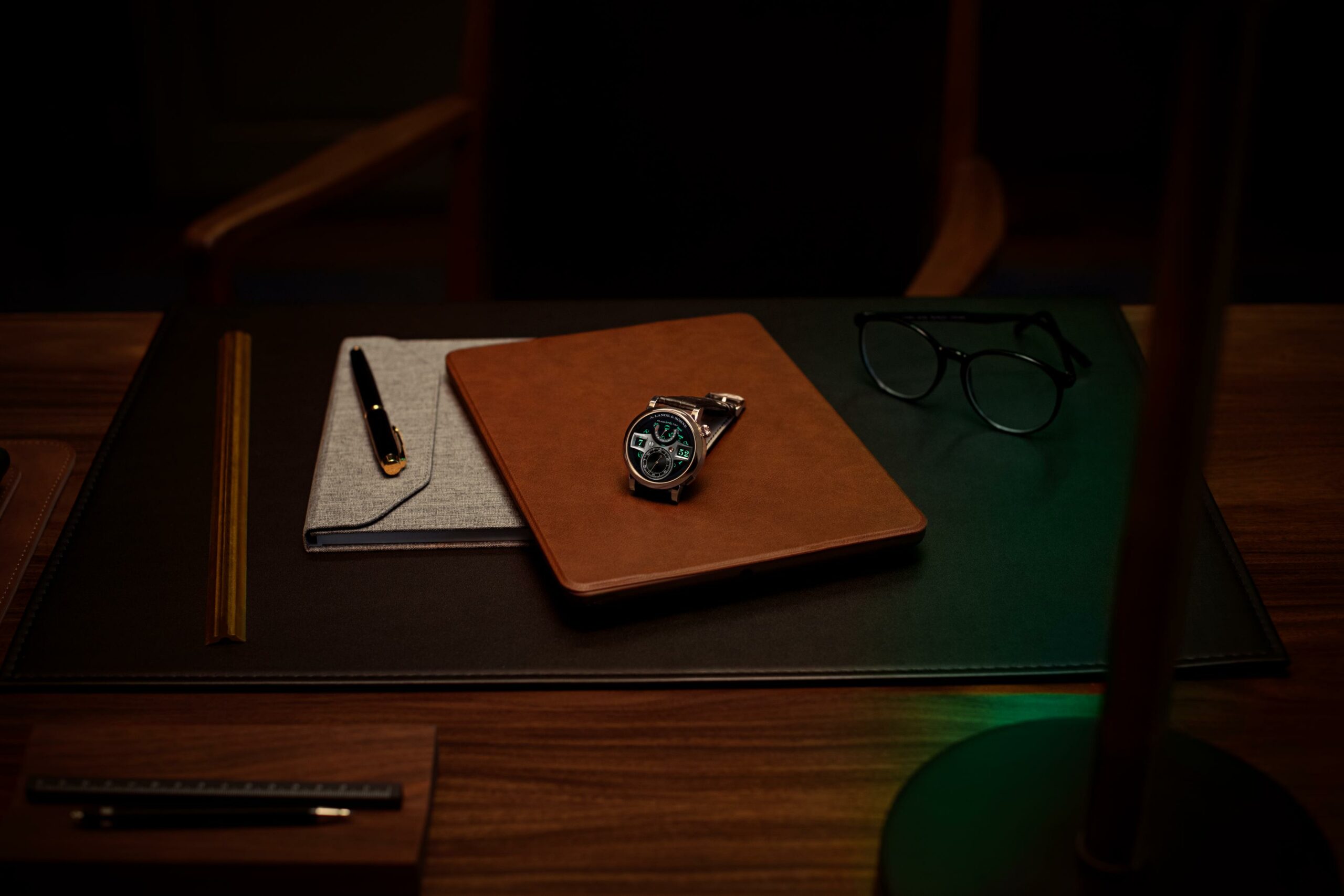 The new piece is limited to 200 examples worldwide and, knowing of A. Lange & Söhne’s popularity at the moment, is most likely sold out.

This article was originally published by Wristreview.com. Read the original article here.
SaveSavedRemoved 0

A Lange & Sohne VS Patek Philippe

Fortis On The Edge Of Space — Testing Watches In Extreme Conditions